New photos of the vehicle driving on public roads in East Liberty, Ohio, reveal unique features such as defrosters embedded in the side windows, which has never been seen on a mail truck prototype before. In fact, a side window defroster is not available on any production passenger car today.

The USPS is evaluating vehicles from five teams as it readies a contract for a new generation mail truck. Karsan entered the competition in a partnership with U.S. van manufacturer Morgan Olson. The deal is expected to be worth more than $6 billion. 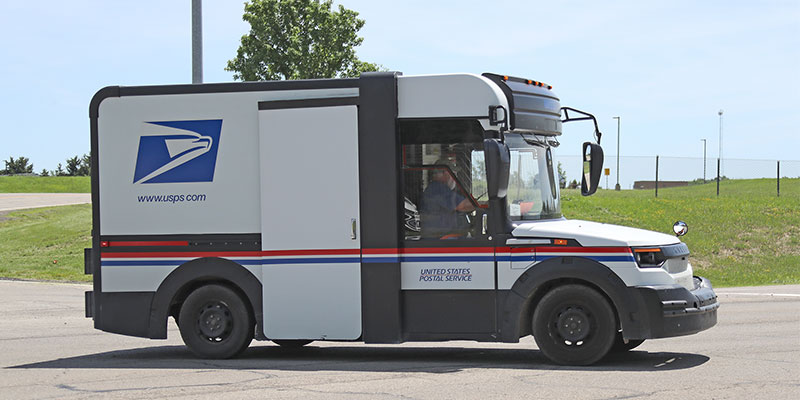 The photos indicate the prototype is a plug-in hybrid. There is a charging port on the right side of the truck near the front fender.

The prototype ran on electric power as it accelerated up to speed, according to photographers. It then appeared to be powered by a gasoline internal combustion engine rather than diesel, which is typically used for commercial trucks.

Fit and finish on the mail truck doesn’t come close to what consumers expect from the light vehicle market. Even commercial vehicles such as the Ford Transit or heavy-duty pickup trucks like the F-350 deliver a higher level of quality.

The seams on either side of the grille look to be different sizes. Some panels and lights are slightly off-kilter. The electric port looks like a rough cut out with two exposed bolts holding the hinge.

In fairness, this is a prototype built for testing and is likely not what Karsan would deliver as a production vehicle. The truck sports a different color scheme than previous versions of the Karsan entry spotted earlier this year. 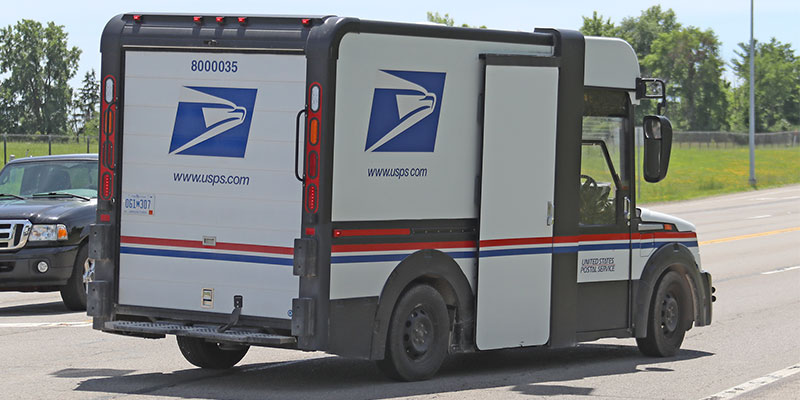 The addition of the side window defroster could be an attempt to address mail carrier complaints that the current mail truck suffers from poor insulation in cold climates.

A total of five entries are bidding for the USPS contract. The agency is looking for up to 180,000 trucks as it replaces the aging Grumman Long Life Vehicle. The Grumman LLV, as it’s known, has served as the standard delivery truck since 1987.

The other competitors include AM General, Oshkosh Corp., Mahindra and a partnership between VT Hackney and Workhorse Group.

The USPS has declined comment on the competition but is expected to announce its award later this year.